Can I control LED lights with a phone?

Smartphones have become a part of our lives. where do you put your phone when you go to bed? I believe many of us keep our phones within our reach. The phone can not only be used as an alarm clock but also can become your lights on and off operator; whether it is a smart bulb or a flexible LED Stirp lights, you can turn off the lights when you lie in bed, instead of going up and down the stairs, back and forth to turn off the lights.

The smart bulb is connected to the APP and controlled by the smartphone.

Both the Smart LED bulb and the RGB LED Controller are compatible with IOS and Android and can be connected to Alexa and Google Home.

Can I play music on LED lights?

RGB LED controller connected to the strip lights with voice control and music synchronization function. LED Controller built-in microphone and music processing chip, can analyze and process the rhythm of the currently playing music. Then, the strip lights through different color combinations and flashing to match the rhythm of the current music. So Music LED strip lights are suitable for dinner parties, parties. Even your voice can make the lights “dance” with the beat.

Can I cut my flexible LED Stirp lights?

Here is the internal wiring of an LED strip light.

Put many groups in parallel, the voltage of each group is the same, all can work properly, which is why we can cut the principle where there is a scissors symbol.

Usually, the 12V LED light strip is 3 LED beads per group, and the cutting distance is 5cm.

The following is the 24V LED strip lights, each group of 6 LED beads, the cutting distance is generally 10cm.

LED strip want to remote control through WiFi or Bluetooth, you need to connect the WIFI LED controller or Bluetooth LED controller to achieve. WiFi LED controller has broken through the traditional controller control distance of 10-30 limit. As long as your smartphone has internet access, you can control your LED strip from any corner of the earth. Although the distance is not limited, it must be matched with the appropriate power supply to use. The available range is 5-24V. It should install this according to the manufacturer’s requirements, do not let the LED strip overload operation.

How to reset LED Strip Controller?

LED Strip Controller are one of the most popular ways to control low voltage strips lights. WiFi LED controllers are the top group dimming solution for 12V/24V LED strips. They are becoming more and more popular for two reasons: (1) LED Strip lights controlled by smartphone or voice devices (2) easy to install and use; although the function is very powerful, the installation is very simple and intelligent in one step.

As shown in the figure below, you can connect to the light stirp by following the instructions. 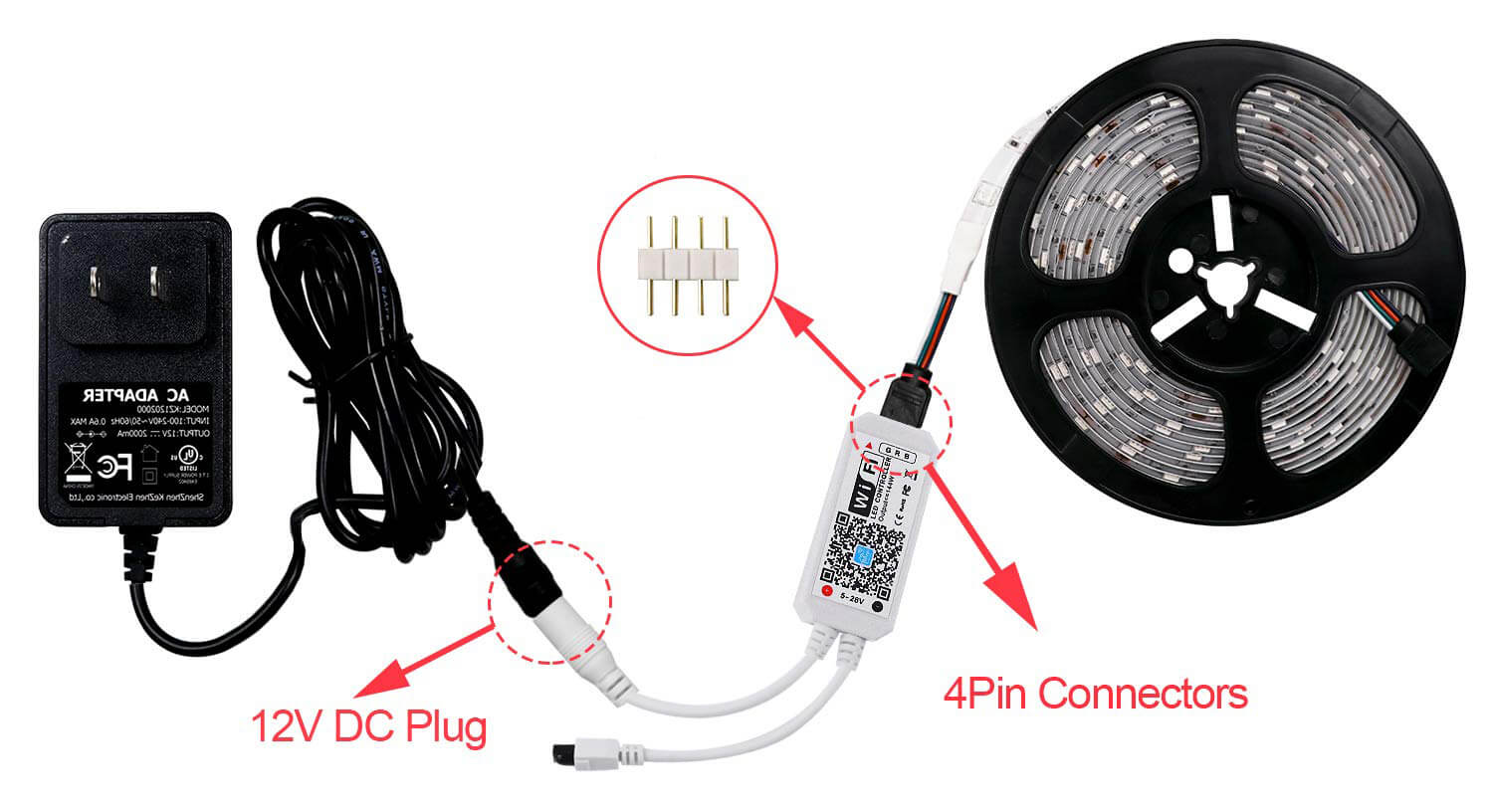 If the strip light suddenly stops working, you need to reset the 5050 RGB LED strip controller, reconnect the strip; due to loose connections, etc., the 12 volt LED controller is sometimes unpaired with the LED strip. If you encounter this situation, Reset WIFI controller by plug and unplug the connector repeatedly for four times.

Please check this article with details on How to Fix Your WiFi Lighting Controller.