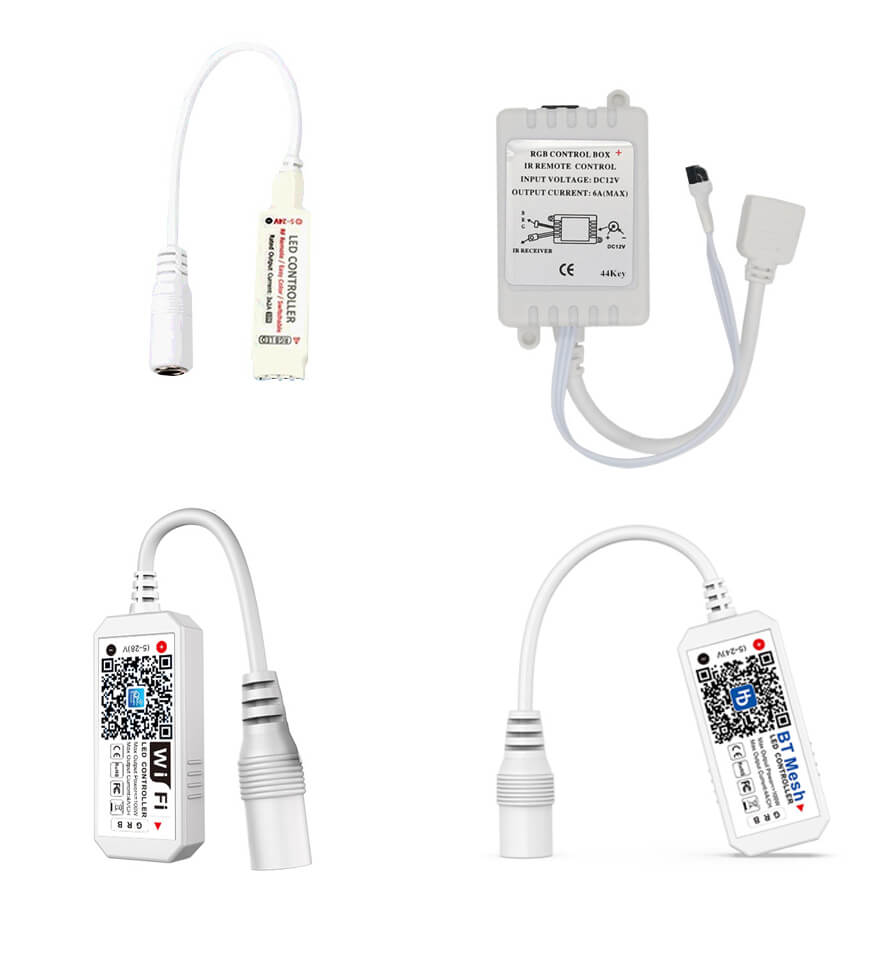 What is an LED controller?

Many different types of lights controllers on the market, different technologies can be divided into the following
IR controller: using infrared technology, IR controller must be aligned with the receiver on the light, and the middle can not be blocked, the distance is generally not more than 7 meters.

Bluetooth LED controller: the use of Bluetooth technology to achieve IP connectivity and gateway settings and many other new features.

What are the features of the LED Controller

Which LED remote control fits to my LED strips?