With the progress of science and technology, the smart home has slowly stepped into the home life of ordinary residents, which will certainly be the future development trend of lifestyle. In the current smart home equipment market is rich and colorful, a variety of equipment networking methods are different, in the cost, power consumption, distance, and other characteristics also have a variety of different, of course, the different networking methods also directly affect the different ways of control technology, such as Bluetooth LED Controller. Currently, we are widely known networking methods include wifi, Zigbee, and Bluetooth, and so on.

Bluetooth Mesh is born out of the private protocol advocated by CSR – CSR Mesh, the technology was born in 2014.

The Bluetooth Technology Alliance officially announced on July 19 last year that Bluetooth (Bluetooth) technology began to fully support mesh networks. The new Mesh feature provides many-to-many transmission between devices and specifically improves the ability to build communication over a wide range of network coverage for building automation, wireless sensor networks, and other IoT solutions that need to allow tens of thousands of devices to transmit in a reliable and secure environment. 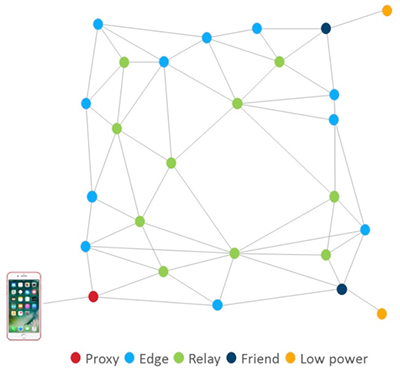 The network node types of Bluetooth mesh are as follows:

Proxy (proxy node): Through the proxy node, cell phones and pads and other Bluetooth-enabled devices can access every device in the network.

Relay (relay node): It can be used as a relay for messages, forwarded to other nodes, and can receive messages themselves.

Bluetooth mesh is different from Zigbee, it does not use routing protocols, but uses network flooding management technology, simply put, the data sent by a node will be forwarded by all nodes that support relaying, but will not be forwarded infinitely, the node that has forwarded the data will no longer be forwarded, at the same time, Bluetooth mesh has some special mechanisms, such as packet survival cycle (Time To Live) management, is also effective in preventing the infinite forwarding of data.

The network characteristics of Bluetooth mesh are as follows.

1) The network does not need a central node

Bluetooth mesh is very different from other mesh topology, no central gateway, node to node communication, node access, are achieved through the configuration.

The node is configured to complete the network entry, no cumbersome entry interaction process, and the corresponding entry process routing table establishment.

3) Flooding mode is used for communication

Compared with the general mesh based on routing table communication, Bluetooth mesh uses broadcast + relay receiving and forwarding mechanisms to complete the delivery of messages.

The node publishes information, sends the message to the corresponding address, and the node subscribing to the address, will receive the message; this feature allows one-to-many control as well as many-to-one control; for example, one switch can control three light bulbs, and one light bulb can be controlled by three switches. this feature also takes full advantage of Bluetooth Mesh broadcast communication.

Bluetooth Mesh adopts the application layer security key and network security key to protect the security of the network; the network security key is applied to the whole network, while the application layer key is dedicated to protecting the specialized end nodes; for example, the light control message can be forwarded by the same network of switches, actuators, etc., while the switch, actuators forwarding process, can not decrypt the specific application data, even if the same network, but also can not achieve the light control (which increases the difficulty of cracking the network).

Silicon Lab has specifically done a network performance comparison test between Zigbee network, Thread network (based on Zigbee protocol supporting IPv6), and Bluetooth mesh, where Bluetooth mesh sets all nodes as routing nodes, so there is some room for optimization for dense networks.

From the following two tests, data can be seen, for 192 nodes of the small and medium-sized network, Bluetooth mesh in 8 bytes of short data transmission is more advantageous, the transmission delay is less than 100ms, significantly better than Zigbee, while when the data is 16 bytes, the performance is the worst.

The test also shows that the performance of the Thread network is far ahead, and also excellent performance in large data, but this protocol is not well promoted now, and the consumption of resources is relatively large. 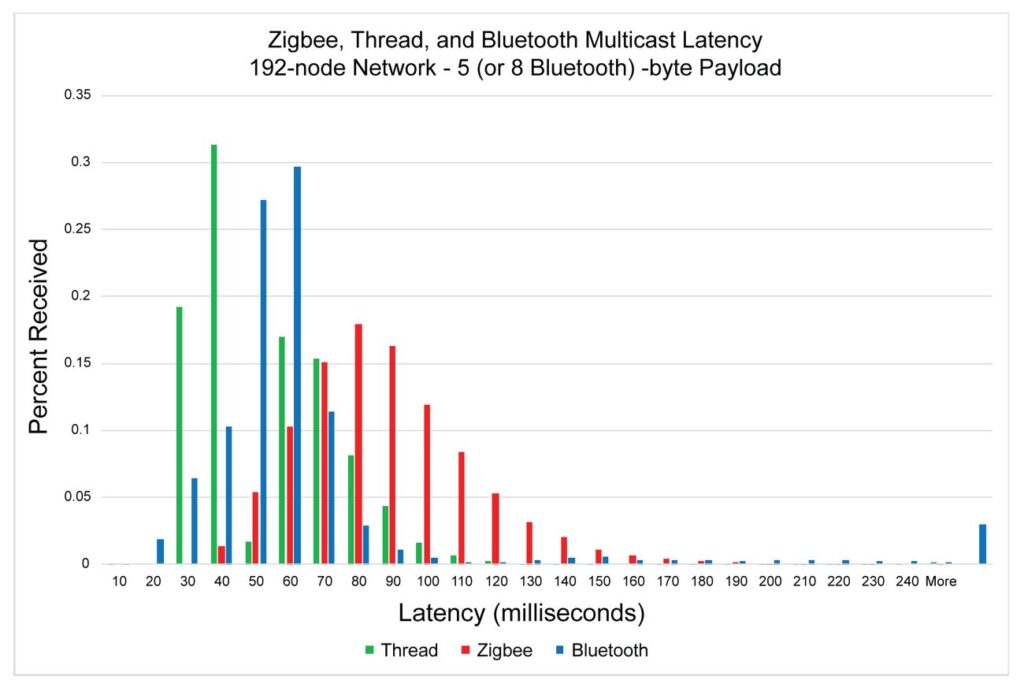 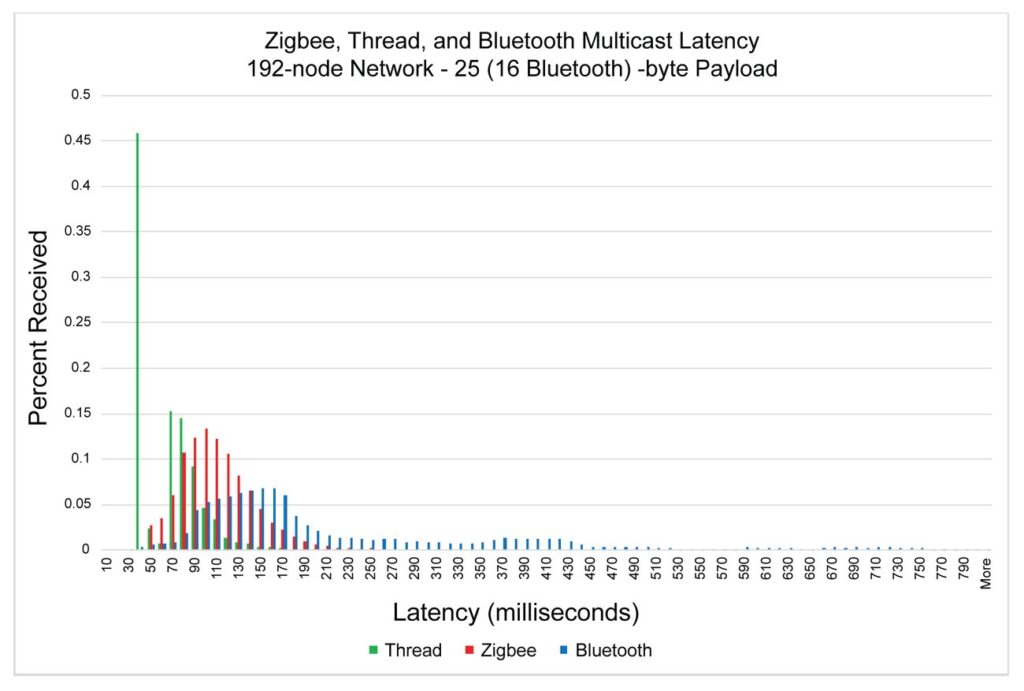 Times are changing, our life also with the development of technology, a radical change, the type and function of the smart home continues to expand, as the connection of smart products Bluetooth technology will bring us a surprise in the future again? Let’s wait and see.